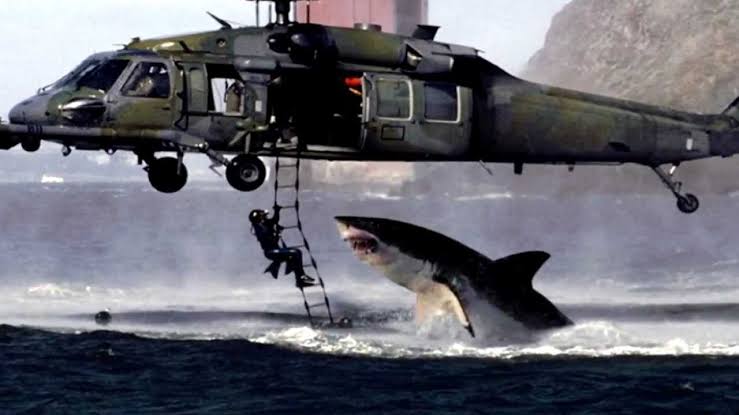 Sometimes projects “go south”, “belly up”, or otherwise become mired in catastrophe. Often, those closest to it do not see the coming train wreck, and just hope it will be alright in the end. The causes are always complex and are usually founded in bad decisions made early in the project. The outcomes: Broken budgets, blown schedules, and unusable projects and/or lawsuits. Nobody’s fault, and everybody’s fault.

In case you’re wondering: Yes, the shark is photoshopped. But the image pretty well conveys what it feels like to be in the middle of a project rescue operation. But somebody has to do it.

Many senior PSMJ consultants have led rescue teams on more projects than they would like to remember. Bill Hinsley and Dan Hitchings lead the cleanup operations in New Orleans after Hurricane Katrina laid waste to southern Louisiana in 2005. Nearly 1500 people died, and the state suffered US $70 billion in damage.

Charles Nelson has managed several rescue operations in New England states where not only the project had to be saved, but sometimes the reputations of the design firm, the client, and even the contractor were at risk. Bill Parker has performed rescue operations in projects in the Middle East and Asia. These projects live vividly in your memory, even though you can’t talk much about many of them.

If a search for Project Rescue has found this page, email or call us. If your project can be saved, PSMJ can do it.

Complete the form below and a member of PSMJ Asia Pacific will be in touch shortly.